Casting for PHANTOM is now OPEN!

Would you like to be apart of our next film? We are now accepting video auditions for PHANTOM! We are planning to begin filming Spring 2021; however, we are closely monitoring COVID-19 to ensure the safety of our cast and crew members.

Detective Isabelle Juarez: An insanely beautiful, charismatic, determined and intelligent Hispanic young woman in her early 30’s.
She wears her emotions on her sleeves, is slightly narcissistic, emotionally self serving and gets what she wants by any means necessary. This role will display many emotions. Actress must be able to cry on queue.

Ashley Fisher: A Black woman in her mid 30s. Michael’s wife and mother of their two children. She has a hard exterior but even softer interior. She made an early mistake of distancing herself from her parents because they never approved of Michael or his corrupt line of work. She’s more concerned with looking happy instead of actually being happy to prove a point to everyone that questioned their marriage. She enjoys the perks of being married to a powerful man but secretly wants to end it all. Also a very emotional role. Ability to cry on screen is required.

“Chief” Richard Smith: A man of any ethnicity in his late 50s. He’s been with the department for over 20 years and takes his job very seriously. He’s the Chief of police and has a very stubborn and dry personality. By nature he’s a no nonsense guy; however, he occasionally turns a blind eye to things that aren’t morally right… especially if it involves his officers.

Michael Fisher: A complex black man in his late 30’s or early 40’s) From the outside looking in he’s successful, charismatic, attractive and a family man. He’s the lead detective, extremely intelligent and well respected. However, Michael is like an onion… He’s layered and dealing with many internal demons. His family’s foundation is rocked and closet skeletons are revealed when he’s forced to come face to face with himself…

Jasmine or Jacob Fisher: The preteen daughter or son of Michael and Ashley. He/She loves video games, music and is often in his/her own world. He/She is disconnected from most of the family drama by choice.

PLEASE CLICK ON THE LINK BELOW TO FILL OUT THE FORM AND SUBMIT YOUR AUDITION VIDEO. CONTACT US IF YOU HAVE ANY QUESTIONS, COMMENTS OR CONCERNS. 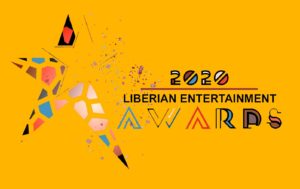